A Decade Ago in Syria

A decade ago, and in Syria specifically, Voices chanted a demand for freedom, the most important right for every human being.

Those voices received a quick response, but not in a good way.

The matter escalated and the bombing began on urban areas.

This was followed by a suffocating siege of many regions, but the use of internationally prohibited chemical weapons was the most dangerous turning point in the history of the Syrian revolution.

Voices of Freedom did not have many options to survive on their own.

Either displacement, death, or life without freedom Millions of Syrians seeking peace have been displaced in their homeland, divided between cities and camps, hoping for quick relief.

But death insisted on pursuing them and winter waited in ambush for them Screams and calls were repeated,

but without a decisive response Many Syrians were left with no choice but to emigrate outside the country, and some headed to the border countries While others risked their lives heading to European countries through death boats on a journey in search of a life worthy of living.

Syrians were spread out everywhere around the world Carrying with them their dreams and aspirations and their painful shock after they lost everything.

The Syrian story did not end there, But had another chapter, a chapter entitled Hope.

Where Syrians young and old shed the dust of suffering from their shoulders, and set out to start a new life As the sun shines every morning, parents go about their work to provide life for their families.

Mothers are doing their best to support the community.

Beside the destruction and rubble, the children still go to school every morning, learning, laughing and playing.

As for adolescents, they use their time To improve themselves and develop their skills. Girls and young men complete their university studies, aware of the future.

And do not forget the farmers who spread the seeds of hope in their thirsty lands And the engineers who inhabit the land And the doctors who bring hope back to life Ten years of suffering, all Syrians are still steadfast, dreaming of freedom. Faith drives them, helps them to be patient, and proves to them with certainty that tomorrow will be better 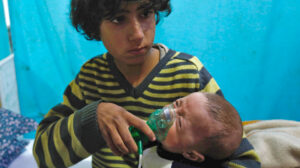 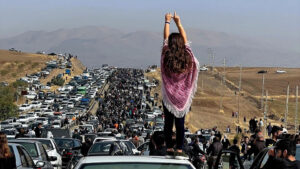 How Iran’s security forces use rape to quell protests