Winter..a ghost inhabits the bodies of Syrian refugees every year

Winter has another face that shows to the Syrian refugees, and only more tragedies are hidden within its traits for millions of them in the diaspora.

Human suffering bears the same dramatic scene to Syrians who fled away from one death to another. Every year they face the most severe seasons of the year, and it becomes harsh to them in cold weather, facing it with no weapons that protect them from the ghost of cold and frost inhabiting their bodies, and it continues to haunt them every year.

It has been always said that it is temporary, and years have passed on its casualties who live inside tents that do not save them from the cold of winter and do not protect them from storms and floods. Although the incoming numbers are still increasing and tents are still being set up every day, there is no hope of other migration as the birds looking for warmth do. It is like that fate has decided They must stay in that spot forever.

The children who had taken their mothers’ arms as shelters to protect them from the storms, winds and extreme cold weathers which deprived the displaced people in camps from warmth, woke up one night that seemed to be one of the most severe days of winter this year. Most of the tents fell on the heads of their residents, while others took shelters inside cars or in nearby mosques.

That old woman is not the only one who gets compensated by a cold that has penetrated her bones, and her lips are painted blue. It is just a short scene that summarizes most of the story. Wherever you walk, you will see dozens of children, women and elderly people around you, wrapped by blankets and thick clothes, looking for temporary warmth, bearing within their hearts Anxiety which is capable of destroying mountains.

The features of those worries were painted on their weary faces. The days they were counting turned into years. The temporary exile became the endless homeland, and the roofs that provided them reassurance turned into a piece of cloth that abandoned them with the first storm. So, destiny and future continue to pass through that ambiguous tunnel. 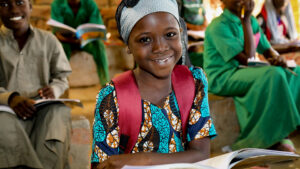